Find out all news and events of Vaccine Research Institute or in link with the VIH. 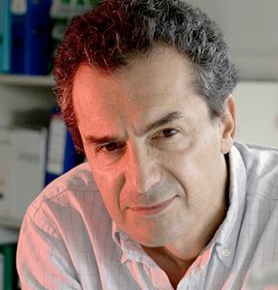 The Ebola virus epidemic in the eastern Democratic Republic of Congo (DRC) is the most serious ever seen in the world, after the 2014 epidemic in West Africa. Despite efforts by Congolese authorities and the World Health Organization (WHO), the response to the epidemic is being hampered by several factors, including the difficult security situation.

In view of this very troubling situation, France is determined to increase its contribution to international efforts. During his visit to the DRC on May 20, Minister for Europe and International Affairs Jean-Yves Le Drian announced the revival of a long-term bilateral partnership, in which the health sector, and especially the fight against the Ebola epidemic, would be a priority. In this connection, the minister appointed Professor Yves Lévy as special envoy in charge of directing and monitoring every aspect of the French response, especially stepped-up support for NGOs on the ground, development efforts, and support for science and research in conjunction with all relevant French ministries and entities, along with continuing our support for the health sector in the DRC.

A well-known specialist in immunology who is the former CEO of the National Institute for Health and Medical Research (INSERM) and CEO of Vaccine Research Institute, Professor Lévy will assume this position on a voluntary basis.

See the press release
All news